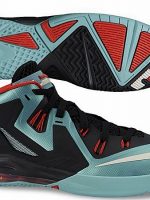 LeBron James is set to embark on a highly-anticipated Asian trip after winning his second NBA title last month with his Miami Heat defeating the San Antonio Spurs in classic seven-game series. While he is still busy celebrating his second championship in the big league, James will head to Asia as part of the Witness History Tour. First stop will…